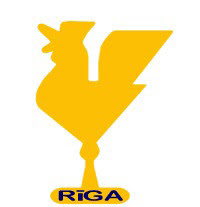 This Rooster just heard in the barnyard that there is a new NEWs source being published in English language in the Baltic countries of: Latvia - Lithuania - Estonia.

Just a few words about their effort, borrowed from their site:
http://www.balticreports.com/

The Baltic Reports website was founded in the summer of 2009 by journalists Nathan Greenhalgh and Adam Mullett. Both saw the need for a high-quality English language news source covering the three Baltic states and decided to create a unique site run by journalists that understand what hard-hitting, credible Western-style journalism is.

Unlike other media companies covering this region, Baltic Reports does not allow advertising to dictate editorial coverage in any way.The site is updated daily with articles by the Baltic Reports team of journalists working in each of the Baltic states.Baltic Reports features coverage of general, business, entertainment and sports news from Estonia, Latvia and Lithuania as well as an opinion section.

Views expressed in the opinion section are never those of the Baltic Reports company or the website’s editorial team as a whole, but merely those of the individual writer.

A magazine section that will feature long, investigative articles, in-depth features and satirical material is under development.